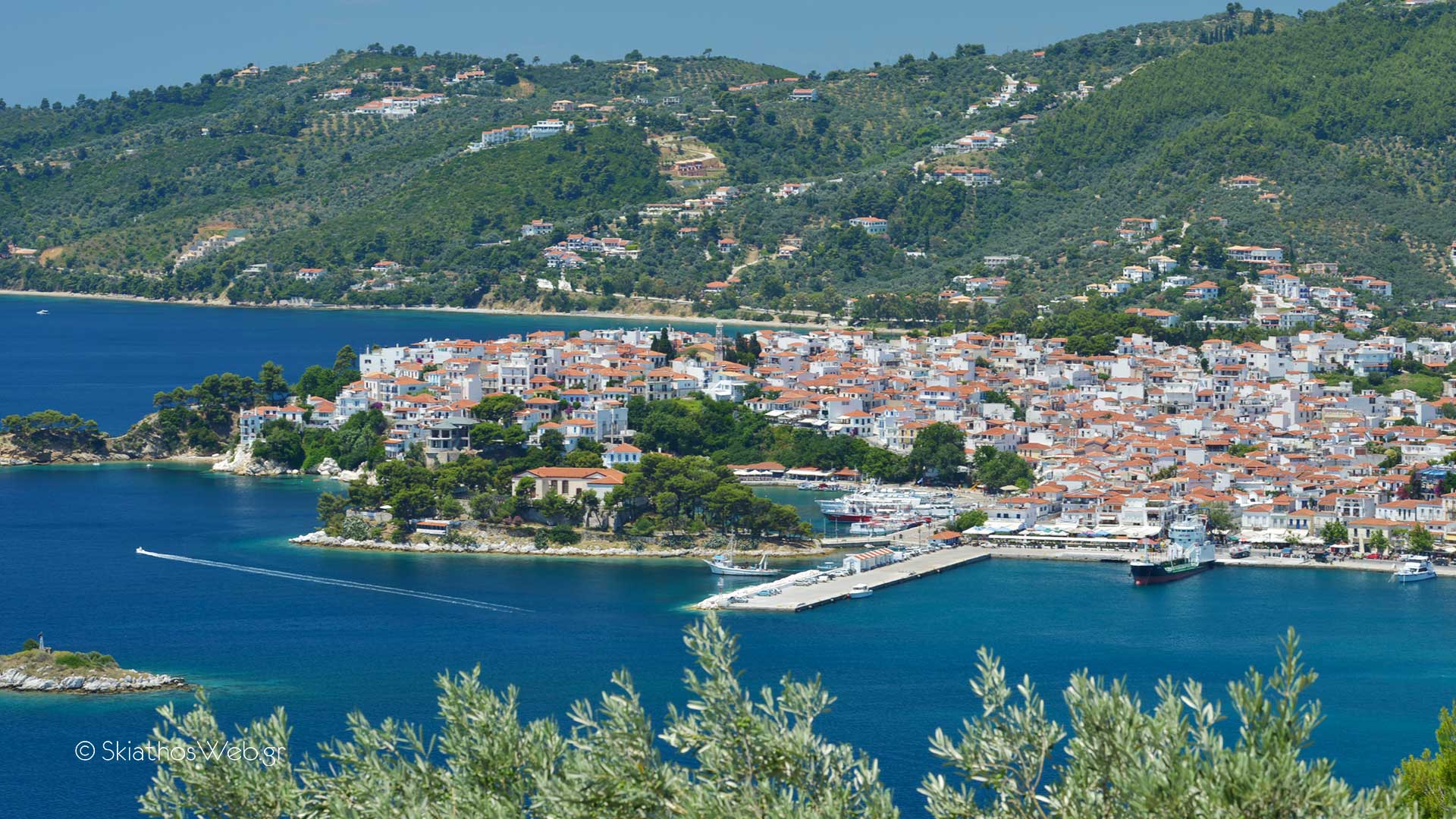 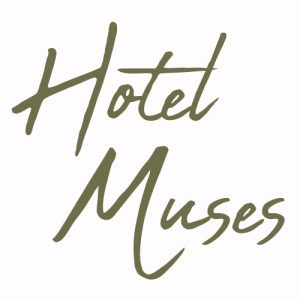 This is our news page.

Skiathos IslandSkiathos Muses hotel is the greatest option and the ideal spot to unwind if you want to get away from your daily routine.Even the most seasoned tourist will be awestruck by a number of other magnificent beaches, such as Lalaria with Tripia Petra, a remarkable beach location with an enormous white rock protruding from the sea, as well as other ancient style monasteries and little white churches. Skiathos is a magical corner of Greece, a natural wonder that attracts all types of people, especially those who value quality in pleasure, tradition, and spirituality.

The island has a north to the southwestern axis and is about 12 kilometers (7 miles) long and 6 kilometers (4 miles) wide on average. The coastline is indented with inlets, capes and peninsulas. The southeast and southwest parts have gentler slopes and that is where most settlements and facilities are located. The terrain is more rugged on the north coast, with the highest peak at 433 m (1,421 feet) on mount Karafiltzanaka (39.1904°N 23.4685°E).
The main town is Skiathos (pop. 4,883 in 2011), in the eastern part of the island. Other main settlements are Kalyvia (312), Troullos (158), Χanemos (143), Koukounaries (119), and Achladias (118).[1]
The Municipality of Skiathos includes the islets of Tsougria, Tsougriaki, Maragos, Arkos, Troulonisi and Aspronisi. The municipality has an area of 49.898 km2.[3] They are scattered a few kilometres off the southeast coastline and are clearly visible from the town and the beaches.[2] The island of Skopelos is visible from Skiathos with the more distant islands of Euboea and Skyros visible under very clear weather conditions.

The main paved road runs along the southeastern stretch of the island with several narrow dirt roads branching off towards the interior and the northern coast. Farmland exists around the major settlements on the island.
Despite its small size, Skiathos with its many beaches and wooded landscape is a popular tourist destination. It has over 60,[4] mostly sandy, beaches scattered around the 44 km (27 mi) coastline. Some of these are Troulos, Vromolimnos, Koukounaries, Asselinos, Megali Ammos and Mandraki.
Much of the island is wooded with Aleppo Pine and a small Stone Pine forest at the Koukounaries location where there is a lagoon and a popular beach. The island’s forests are concentrated on the southwest and northern parts, but the presence of pine trees is prevalent throughout the island.

In Ancient times, the island played a minor role during the Persian Wars. In 480 BC, the fleet of the Persian King Xerxes was hit by a storm and was badly damaged on the rocks of the Skiathos coast. Following this the Greek fleet blockaded the adjacent seas to prevent the Persians from invading the mainland and supplying provisions to the army facing the 300 Spartans defending the pass at Thermopylae. The Persian fleet was defeated there at Artemisium and finally destroyed at the Battle of Salamis a year later. Skiathos then became part of the Delian League. The city was destroyed by Philip V of Macedon in 200 BC.
In 1207 the Ghisi brothers captured the island and built the Bourtzi, a small Venetian-styled fortress similar to the Bourtzi in Nafplio, on an islet just out of Skiathos Town, to protect the capital from the pirates. But the Bourtzi was ineffective in protecting the population and in the mid-14th century the inhabitants moved the capital from the ancient site that lay where modern Skiathos Town is to Kastro (the Greek word for castle), located on a high rock, overlooking a steep cliff above the sea at the northernmost part of the island. The island returned to Byzantine control in the 1270s, and remained in Byzantine hands until after the Fall of Constantinople in 1453, when it passed to the Republic of Venice. Like the rest of the Northern Sporades, Skiathos was conquered by the Ottoman admiral Hayreddin Barbarossa in 1538.
In 1704 monks from Athos built the Evangelistria Monastery, which played a part on the Greek War of Independence as a hide-out for Greek rebels. The first flag of Greece was created and hoisted in the Evangelistria Monastery in Skiathos in 1807, where several prominent military leaders (including Theodoros Kolokotronis and Andreas Miaoulis) had gathered for consultation concerning an uprising, and they were sworn to this flag by the local bishop.
After the War of Independence and demise of piracy in the Aegean, Kastro became less important. In 1830s, the island’s capital was moved to the original site — where it still remains. Today, the ruins of Kastro are a tourist attraction.
During the 19th century Skiathos became an important shipbuilding centre in the Aegean due to the abundance of pine forests on the island. The pine woods of the island were then almost obliterated. This was brought to a halt though, due to the emergence of steamboats. A small shipwright remains north of Skiathos Town, which still builds traditional Greek caiques. 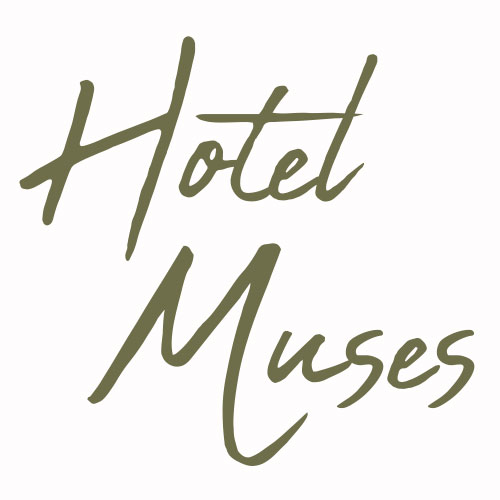 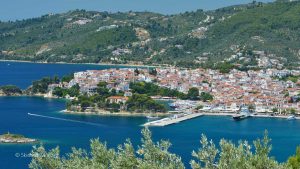 Skiathos IslandSkiathos Muses hotel is the greatest option and the ideal spot to unwind if you want to get away from your daily routine.Even the 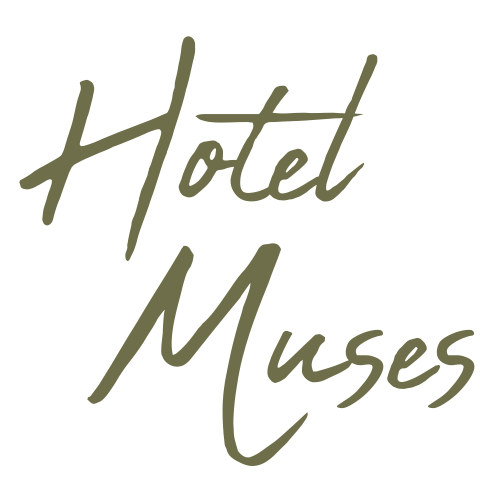 Muses boutique Hotel has a distinct personality, which is evident in its one-on-one five-star hospitality service and evocative ambiance.

© 2021 Muses Hotel. All rights reserved. Powered by skiathosweb.gr with ❤️